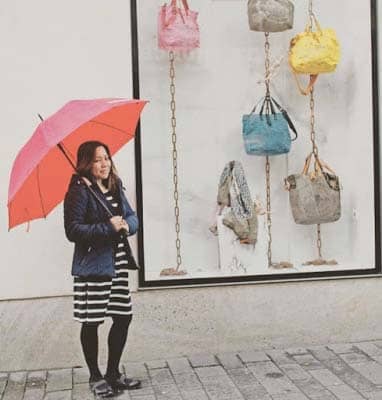 How often have I read the advice to always wear pretty, proper underwear in case an emergency happens…That would be because we wouldn’t know if a bicycle would hit us, some kid running around knocks us down and hopefully nothing else worse happens but think of the scenario. Think hard and imagine yourself in front of a lot of people getting knocked down and falling on your butt with feet apart…if those around are to see your undies, make sure that you will show them something not funny. ^_^ Red laces, black and pink lolita-inspired undies would be fine.

Wearing a pair of worn panties and bra is never a good thing, not for your well-being, not for the one who often sees you in it and not for your sexiness. Even if underwear are hidden beneath layers of clothes, it will provide the foundation of how you carry those other clothing on top…that is confident and sexy!

Even reports say “Emma Watson spotted with mystery man shopping for saucy underwear” — only it didn’t say which shop she was in. But being in the UK, it being lingerie from Ann Summers is a big possibility, right?  Ann Summers is one of the best stores you can find those lovely undies and totally worth to show-off lingerie. They too have adult and bedroom toys which had brought them controversy over the years but that’s another story.

I suggest you go over their shop now and look for the best, fancy, lovely and most presentable lingerie you could get. It pays to have undergarments that are as nice or as lovely as the ones you wear over them.